What started with 50 teenagers wanting to make an impact in the world has now launched into a movement we call goimpact360. Our mission is simple: to GO into communities and make a significant IMPACT by meeting the physical, mental, and spiritual needs. We knew we did not want to just do random good things but to find communities that were in serious need and then make significant impact in that community with a long term relationship, which is why we have the 360 as a part of our name. Not to just help once, but to try and make a significant and holistic impact in every community we partner with.

Our very first community was Maytown, KY where we served for 9 years sending hundreds of people into that community, which is one of the poorest in the country.

Currently we have 3 communities that we partner with. The first is across the ocean in a tiny village Susani, Romania. We have been making an impact in Romania for 4 years. We have sent more than 50 people, we sponsor 50 families with monthly groceries year round, helped build a community facility, built a playground, and now have allowed over 300 kids to experience an amazing week of camp.

Downriver, Michigan is our second community. It has a total population of around 360,000 made up of 18 cities. We have helped feed thousands of people over the years, we have raked over 300 yards, cleaned parks, served with dozens of goimpact360 organizations, and sent out over 2,000 people into the community to serve.

Detroit, Michigan is our third community and we have been serving there for 4 years. Detroit was hit hard by the recession and has never quite fully recovered. We have partnered with a goimpact360 community center in Southwest Detroit called Patton Park. We have provided parties in the park for nearly 1,000 kids in that time, we have given through a partnership with Forgotten Harvest over 100,000 pounds of food, served over 2,000 lunches, partnered with dozens of goimpact360 organizations, and been a major part of cleaning up the park and graffiti.

We want to send thousands of people and GO:Teams into these communities and continue to make significant impact. If you are ready to GO then pick one of the communities and find a GO:Team or project that is right for you and begin to GO make an impact! 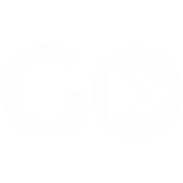